Sony Vegas is a video editing program, which offers support for everything a professional video editor requires, and at this point, Sony Vegas is quite popular with these people. But there are always good and bad points of any situation and Sony Vegas is no exception. When people try to open AVI in Sony Vegas for editing, a lot of questions arise. Let's look at three typical examples: 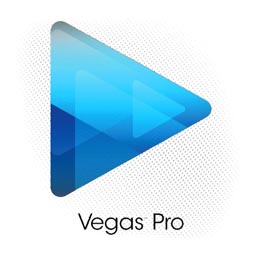 From Sony Vegas official website, we clearly know that AVI is one of the supported formats of Sony Vegas. What are the causes of the above-mentioned problems? As we all know, AVI is a multimedia container format that means this format includes a variety of video codecs and audio codecs. When the imported AVI file contains video or audio codec that Sony Vegas unrecognized, the issue arises.

To fix the issue, the most commonly accepted solution is to convert AVI to Sony Vegas compatible video MP4, WMV, AVI, DV, MPEG-2. In this case, you need a tool to help you complete this job and the professional yet easy-to-use Faasoft AVI to Sony Vegas Converter is just the one that stands out from the numbers.

This effective program does do you a big favor in solve "Sony Vegas won't import AVI" issue. After the conversion, AVI file that is encoded in any video or audio codecs will be opened and edited in Sony Vegas without any hassle. In addition, one of the notable features for it is its high conversion speeds and you will take record time in converting even the largest of videos. You can also do some basic editing works with this utility like trim, crop, rotate, merge, split, etc before open AVI in Sony Vegas.

Moreover, with such a useful AVI to Sony Vegas Converter you can do what you want to do without worrying about the input formats because it supports almost everything out there and it does not matter if those are popular or rare formats, you will be able to convert them to Sony Vegas popular formats and all such issues like Sony Vegas won't import MP4, Can't open MKV in Sony Vegas, Sony Vegas fails to import MOV, etc will be resolved readily.

It is really worth a try. Just download and install it and follow the step by step guide as below to finish the conversion.

Step 1 Import AVI file
With this converter, you can simply drag and drop your AVI to the converter, or click "Add File" button to choose AVI file from your computer.

Note that: if your source AVI file is encoded with H.264/MPEG-4 AVC or MPEG-4, you should not worry about quality of your videos when you convert AVI to MP4. But in other cases, converting AVI to MP4 will cause quality loss.

Another solution to open AVI in Sony Vegas in order to edit AVI in it is to download an underlying codec. AVI Codec Pack, DivX H.264 Decoder and FFDShow MPEG-4 Video Decoder are the three commonly used codecs.