Why Convert AVI to MP4?

It's well known that AVI is such a multimedia container format that is usually playable on Windows-based media players like Windows Media Player, Windows Movie Maker, etc. In addition to Microsoft devices, game console including Xbox, PS3, PSP, part of Android devices and some digital camcorders like Cannon camcorder, etc all accept AVI as an input and output format. However, thing does not go well when you play AVI on Mac-based players, devices or editors: iTunes and QuickTime fail playing AVI movies, iPhone, iPad, iPod and Apple TV can't recognize AVI clips, and iMovie and Final Cut Pro refuse to import AVI videos. What a pity. Under such a circumstance, people have to convert AVI to a Mac favorite format like MP4 to break the limitation of AVI file and play and edit AVI file on Mac without any hassle. Let's look at a classic example: 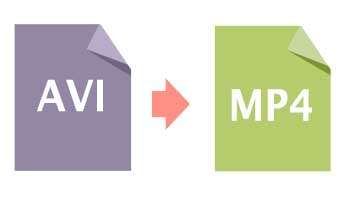 I got several files into AVI movies, videos and more, and want to convert all to MP4 so that it is playable on players like iTunes, is there any ready tool for this task, which would be the best way for me to do this, the goal is :
1 - Keep the collection of videos I have on HD in MP4 format playable online
2 - Keep the same quality or same quality and most faithful possible

This article introduces an all-in-one Converter named Faasoft AVI to MP4 Converter to you to help you solve the issue.

Faasoft AVI to MP4 Converter does an excellent job of convert AVI to MP4. It lets you convert a ton of AVI file in hand to more popular MP4 format with the original quality 100% preserved and an extremely fast conversion speed. Moreover, this wonderful AVI to MP4 Converter allows you to optimize and edit AVI videos according to your preferences before conversion. Once the conversion from AVI to MP4 is done, it becomes pretty easy to enjoy AVI clips on Mac players and devices and edit AVI videos in iMovie, etc.

This Converter also has the feature of converting AVI to many other well-known video formats like AVI to MOV, AVI to SWF, AVI to WMV, AVI to DV, AVI to MXF, AVI to WebM, etc. If you have the need to extract audio from AVI video, this AVI to MP4 Converter also lends you a hand and then save the extracted audio into MP3, WAV, ALAC, CAF, M4A, AIFF, etc.

The following is the steps on how to use this AVI to MP4 Converter to convert AVI files to Apple favorite MP4 format. First of all, download and install the Converter and launch it.

Step 1 Open AVI files
Click "Add File" button to pop up a window and there choose all AVI files that you want to convert. Alternatively, this program also supports adding file by dragging and dropping method.

Step 2 Designate MP4 as output format
In this step, what you need to do is clicking the drop-down button on the right side of "Profile" to choose "MP4 MPEG-4 Video (*.mp4)" from the "General Video" category.

Note: 1. if you are in need of converting MP4 to AVI, you can visit this article named How to Convert MP4 to AVI on Mac and Windows.