Samsung TV MP4 - How to Play MP4 on Samsung TV without Hassle?

From Samsung official website, we clearly know that Samsung TV is only compatible with MP4 in H.264/MPEG-4 AVC video codec and AAC audio codec. However, MP4 is a container format which contains various kinds of video and audio codecs. Once the MP4 files can't meet the requirement of Samsung TV input format, you'll get into trouble to play MP4 in Samsung TV. We list some examples as follow for your reference: 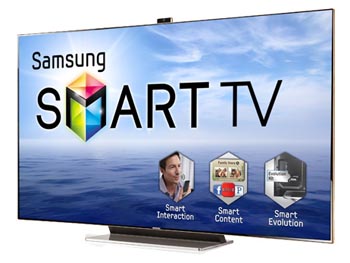 How to Play MP4 on Samsung TV?

Make preparation: download and install this useful converter freely and launch it. Next, follow the step by step guide to convert MP4 to Samsung TV.

Step 1 Import MP4 you want to convert
Click "File" menu and then select "Add File" to open MP4 file that Samsung TV can't play from your computer. Or directly drag and drop MP4 to the program.

Once the conversion is done, simply go to the "Destination" to find the converted MP4 files and then you can watch them on Samsung TV via USB, DLNA, WLAN smoothly. Why don't give this powerful tool a try today?