MKV PS3 - How to Convert MKV to PS3 to Successfully Play MKV on PS3?

Brief Introduction of PlayStation 3 That You May Want to Know

PlayStation 3 (PS3) is a home video game console. It competes with Microsoft's Xbox 360 and Nintendo's Wii as part of the seventh generation of video game consoles. It gets you more of everything: hundreds of games, free playable demos, and tons of add-ons. PS3's another feature is to play particular videos. Unfortunately, MKV is not one of them. Here is the detailed guide on how to play MKV on PS3 with on restriction. 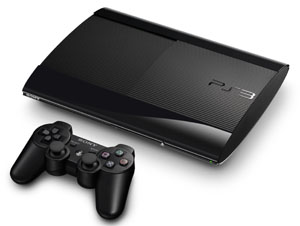 MKV is famous as an open standard free container format which can hold an unlimited number of video, audio, picture, or subtitle tracks in one file. It is intended to serve as a universal format for storing common multimedia content, like movies or TV shows. Although MKV is one of the most popular formats, it is still impossible to play MKV on PS3.

To successfully play MKV on PS3, a widely used solution without limit is to convert MKV to PS3 compatible formats, no matter you are Windows user or Mac user.

How to Play MKV on PS3 without Restriction?

Besides acting as MKV to PS3 Converter, Faasoft MKV to PS3 Converter also supports to convert almost all video formats like MOV, 3GP, OGV, MXF, WebM, FLV, WTV, ASF, MP4, AVI, WMV, and DivX, etc to PS3 popular formats. In this way, you can play various of movie or video files on PS3 easily and fast. 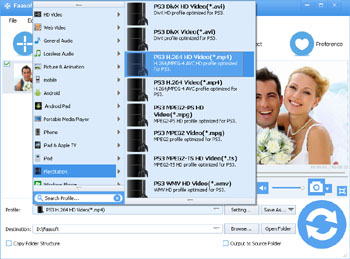 How to Convert MKV to PS3 for Playback

One Step to Play MKV on PS3

After converting MKV to PS3, click "Open Folder" button, and you'll see the converted MKV file there. There is only one step to play MKV on PS3 via an external USB hard drive or flash drive.

Plug the external USB hard drive into one of the USB ports on the PS3 and navigate to VIDEO on the PS3 XMB menu and find your device. And then hit "Triangle" to view all contents. Finally, copy and paste the converted MKV file to PS3 hard drive. Or just play it directly from the connected device.