How to Play FLV in Windows Media Player?

The Wonderful Solution to "Can Windows Media Player Play FLV"

FLV is designed to share video over the Internet. This format is accepted by numerous famous video sharing sites like YouTube, Google, etc, so it is common for you to download tons of videos with .flv extension. Now the question is: How to play the downloaded FLV files in Windows Media Player? The following is a typical example. 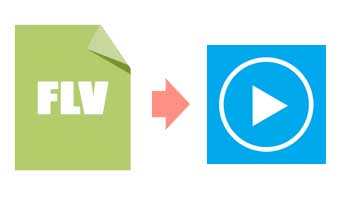 The Wonderful Solution to the Issue

Moreover, it lets you convert FLV to many other famous video formats like MP4, MOV, AVI, Apple ProRes and more. And you will be able to play FLV widely such as play FLV in iPhone, iPod, iPad, Apple TV, iTunes, QuickTime, Android, BlackBerry, Xbox 360, Xbox One, PlayStation, or edit FLV file in iMovie, Windows Movie Maker, Sony Vegas, Adobe Premiere and so on.

The guide below is taking the Windows version of FLV to Windows Media Player Converter as an example to show how to convert FLV to WMP formats. First, download and install the converter. 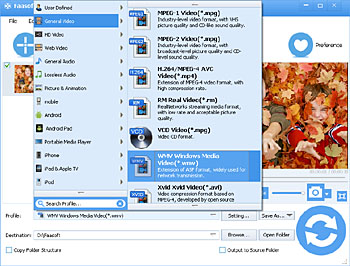 Step 1 Import FLV files
Run the program by double click on its icon. Directly drag and drop FLV file that you want to play in WMP to the program main interface, and you will see FLV file is loaded automatically yet in a flash.

Step 3 Start the conversion with just one-click
Before start converting FLV to Windows Media Player, it allows you to edit the video according to your needs. After all settings are ok, click the big "Convert" button to finish the conversion as soon as.