FLAC to WAV Converter - How to Convert FLAC to WAV on Mac and Windows?

Why Convert FLAC to WAV?

Now that FLAC and WAV are both lossless audio formats, why still many people want to convert FLAC to WAV? Here lists the two main reasons:

Reason one: FLAC has a lot of advantages; however, it is not supported by Windows Media Player, iTunes, QuickTime and other popular players and devices. It's a pity for both Mac and Windows users. Conversely, WAV has greater compatibility than FLAC, which is not only compatible with Windows portable devices but also with iTunes and QuickTime.

Reason two: Meanwhile, people don't want to loss audio quality in the process of transformation so that they choose to convert FLAC to WAV.

How to Convert FLAC to WAV?

Except the feature of converting FLAC to WAC, Faasoft FLAC to WAV Converter also can convert FLAC to almost all audio formats like FLAC to MP3, FLAC to AAC, FLAC to AC3, etc. 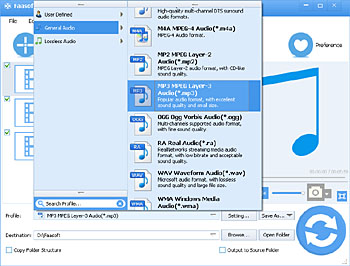 Follow the three steps to convert FLAC to WAV.

Tips: Choose "WAV Waveform Lossless Audio (*.wav)" as output format from "Lossless Audio" category, if you care about the quality of the output file.

Note: If you want to convert FLAC to WAV in batch, drag your FLAC file to the program one by one. Or create a new FLAC folder, and then drag this folder to Faasoft FLAC to WAV Converter. All your files will be loaded in one minute.

FLAC (Free Lossless Audio Codec), as its name suggested, is a free lossless audio codec. FLAC is famous for compressing audio to about 50~60% without any quality loss. The FLAC is scalable from 3 to 32 bits per sample as well as a sampling rate between 1 Hz and 655,350 Hz.

WAV (Waveform Audio File Format) is also a lossless audio codec and compatible with Windows, Macintosh, and Linux operating systems. It is capable of holding both compressed and uncompressed audio data, making it quite flexible for a variety of needs. 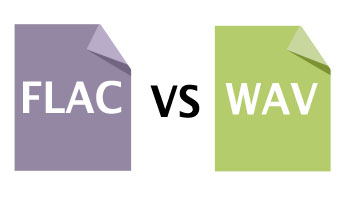